What Is Scratch Singing?

Scratch singing is the process of recording vocals that will soon be scratched and replaced with better vocals. Scratch vocals are often used in songwriting to lay down melodies and lyrics that are not finalized and will often change.

I personally like to record scratch vocals since I write songs in my home studio almost daily. Scratch vocals allow you to comfortably sing multiple takes to get a feel for what will fit your song the best.

What's The Difference Between Scratch And Demo Quality?

Scratch-quality vocals are usually lesser than the quality of a demo. Demos are recorded when the songwriter has a near-final or final version of their song that is either being sung by someone not intended for the final song or being recorded in quality that is not as high as a professional studio would be.

The intent of demo vocals is usually way more serious than scratch vocals. Some demo vocals wind up still being used in the final master of a song after some mixing edits.

Related Post: What Is Demo Quality And When Does It Work Best?

What's The Difference Between Scratch And Guide Vocals?

You can think of guide vocals as higher quality vocals than demo vocals and scratch vocals since guide vocalists usually sound really great and know their stuff. How Do You Record Vocal Scratches?

Even though scratch vocals are usually lower in quality than demo vocals, they are typically recorded in high-quality environments with the intention of being placed within that same session. On the other hand, demo vocals can often be recorded with a phone or a tape recorder just to demonstrate a point.

Related Post: I Thought I Could Sing Until I Recorded Myself

Where Else Are Scratch Vocals Used?

Scratch vocals are also used in the world of voice acting. Similar to singing or rapping, voice actors require a lot of practice for their scripts and play around with takes that will ultimately be "scratched" and rerecorded until they finalize their creative project.

Scratch vocals come in handy in voice acting when editors need to get a feel for how long a phrase will be, someone is auditing to see if their voice is a good fit for a project, or an actor is trying to decide the best emotional inflection to add to their phrases. 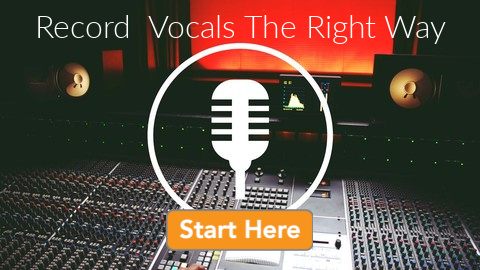