How To Play The Didgeridoo

Although it's not usual for a woman to play this instrument, I find it a fascinating thing to see, hear, and research.

As a staple in the Australian aboriginal culture, the didgeridoo is a large wind instrument that was traditionally played for ceremonial and recreational uses and is now used in several countries worldwide today.

The sound it makes is typically a deep and consistent drone sound which gets lower the bigger the instrument is.

Learning the basics of the didgeridoo is all about proper breathing, learning how to lip trill, and good posture and positioning.

Once you get a handle on these aspects, you can start to play around with different tongue and mouth movements to get the sound you are going for. After this, the next step is learning an advanced method of breathing referred to as circular breathing.

The first thing you want to do when learning how to play is to make sure you start with good posture. Whether you are standing or sitting, you need to make sure that you aren't slouching and that your back is straight and upright for you to be able to have great breath support.

With bad posture, you won't be able to get through long notes while playing, and you risk causing yourself pain by sitting or standing the wrong way for an extended period of time.

For beginners, the main thing you want to do is make sure you have an even amount of air. Fill your lungs up before playing, but not too much and not too little. A good 3/4th of air in your lungs will work well.

Really good players use a method referred to as circular breathing, which involves breathing in through your nose while at the same time pushing air out through your mouth that you stored in your cheeks.

Many wind instrumentalists use this method to play without needing to stop consistently, and it's impressive but not a requirement for beginners. Your jaw should be relaxed while you're attempting to play, and you want to make sure that you are letting out a consistent amount of air throughout your exhale.

Once you are practicing good posture, it's a good time to learn how to do lip trills. Lip trills come in handy for a variety of different instruments as well as singing.

This helps you to relax muscles in your larynx, get a more even flow of air from your breath support, and warm up your vocal cords. These are also referred to as raspberries, lip bubbles, or lip buzzes.

Your jaw should be relaxed while you're attempting to play, and you want to make sure that you are letting out a consistent amount of air throughout your exhale.

After practicing breathing consistently with your lip trills, you will notice that different sounds happen when you make movements with your tongue, cheek, or jaw. It makes changes to the sound of the drone.

This is where you can play around and see what sound will come out that you want to replicate, as well as what sounds you want to avoid.

Some players like to play with the instrument slightly to the side of their mouths, while others like to play it straight in front of them. It's really up to you now that you know the basics!

Don't have a didgeridoo of your own yet? Check these out on Amazon! 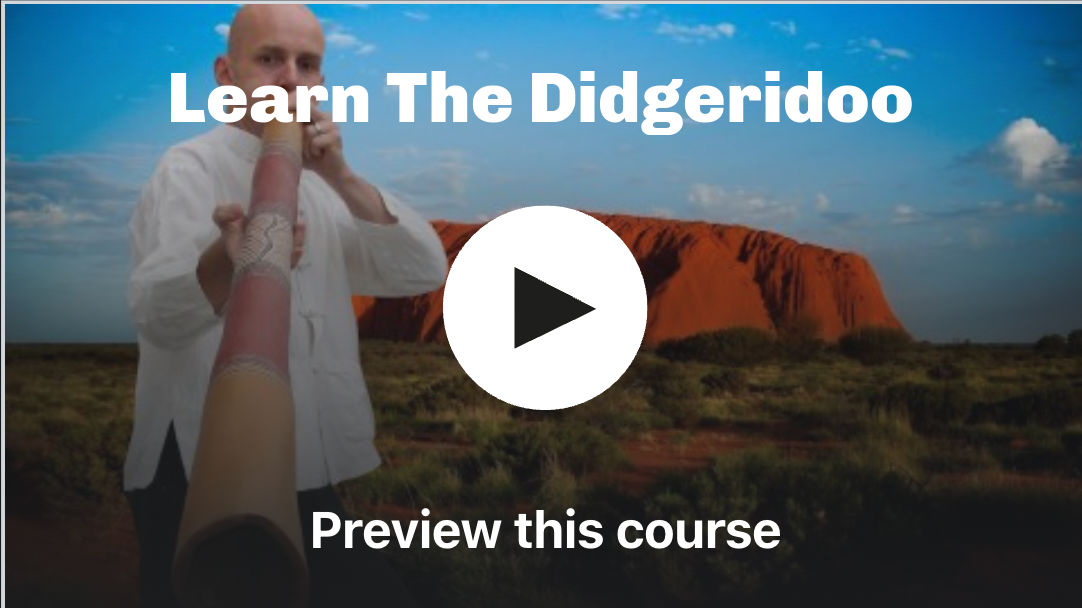