What Is A Darbuka?

The darbuka, often called the goblet drum, is a membranophone often used in Egyptian music culture, although it originated in Arabia. The term darbuka is derived from the Arabic word "daraba" which means to strike.

Smaller darbuka drums are often played while held under your arm or by placing it sideways on your lap. Larger ones can be placed on the floor to play.

A darbuka has three distinct sounds that can come from playing it.

The first one is a bassy sound, often called the "doom" sound. The second sound is a "tak"  or "ka" sound that has a higher pitch since it's produced by hitting near the edge of the drum's head with your fingertips. The third is a more closed tone and sounds like "pa".

There are many terms that the darbuka can be substituted for, as long as you remember not to mistake it for a Congo. Darbuka players really get mad when they hear their instrument incorrectly referred to as a congo drum!

A "Sombaty" or a "Doholla" is a larger darbuka. The term Doumbek is also interchangeable with the darbuka. However, professionals will tell you that there is a slight true difference between the two since the darbuka is like a smaller and more modern version of a Doumbek. 
The djembe is a very similar instrument to the darbuka and is often mistaken to be the same thing. Originally from Africa, the djembe has a much more rich tone than a darbuka.

Darbukas have a sharper tone that can also be softer in volume and more appropriate for intimate performances, such as a feature performance with a solo dancer.

Very traditional darbukas from way back in the day were made from wood, but it would be pretty hard to find a wooden one these days. Thankfully, you wouldn't really want or need one that's wooden since they are usually of lower quality anyway.

Clay darbukas are quite popular among players, but it is important to note that they don't hold up quite that well in the cold weather.

They are best for hot temperatures outside since they are made with animal skin. Darbukas made from clay can also break easily, so you might not want to make this your starting point if you're a beginner.

More modern darbukas are made with metal and are much more durable, which makes them a perfect fit for beginners and younger players.

These won't go out of tune as fast as one of the other styles and are also much more affordable. The only downside is that they don't look as beautiful as wooden or clay ones with designs.

Darbukas are made slightly differently in Turkey due to their flat head that has sharp edges with exposed tuning lugs. These aren't a good fit for beginners either, but they are a welcome challenge for those who have experience playing this type of drum.

If you're looking to get a darbuka of your own, check these out on Amazon! 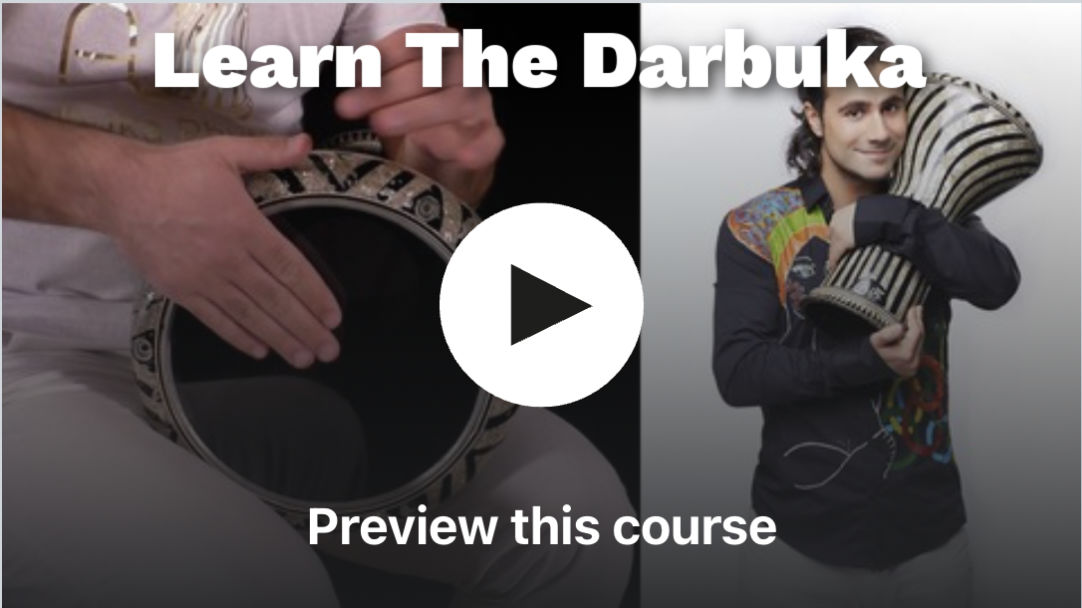