Get Rid Of Stage Fright When Singing

Most people suffer from stage fright when performing or speaking, so the first thing you should know is that you're not alone when it comes to anxiety. Celebrities and millionaires get nervous all of the time before big shows and speeches.

If your confidence levels aren't where you want them to be, several different mindsets can help you get the same type of confidence you would have at home in front of the mirror by yourself.

There's a slow process to more confidence that won't happen overnight, but in time, you will likely be able to shine more and more each time you're on stage if your mindset is in a good place.

Here are some stage performance tips for singers and other performers looking to better the experience for both them and the audience.

Related Post: Here Are Some Great Places To Get Experience With Performing

Keep The Goal In Your Mind

If you're not your best self, someone or several people in that audience will still really appreciate and internalize your performance. So at your worst, as long as the content is good, you're already making a positive impact.

Imagine how much bigger your impact could be if you increased your confidence by 10% next time. Then, what if got even more comfortable the time after that?

Keep The People In Your Heart

To build on the first point, the key to any speech or performance is to positively affect the people. At the end of the day, it's not so much about you or your nervousness, appearance, or shyness, as it is about the audience.

Not to get all sappy, but we're all on this earth to help others in some shape or form. Think about your next stage performance from the perspective of what the audience needs. How can you make this the best experience for them?

The answer is by performing with confidence. People love a message or performance that is given confidently. It brings out confidence in themselves, and everyone feeds off each other's good vibes. Remember That People Are Selfish

To take the previous idea in a completely different direction, it's important to make an effort to be selfless because we are all inherently selfish. Your lack of confidence may stem from thoughts like "Am I the right person for this?" "Do I look good enough?" or "Do I have the talent to make this work?".

While you're going through this nervous spiraling, you have to realize that the people in the audience are also in their own heads about their own lives.

Remember that no one is judging you that harshly but yourself. Even if you mess up once or several times, they're not going to be talking about it or even thinking about it days or even hours later in most cases. They're far too worried about themselves!

Think About The Big Picture

If you're able to perform confidently at home with the practice you've been putting in for this performance, you are technically prepared to do the exact same thing in front of hundreds or even thousands of people.

Related Post: How Long Does It Take To Get Good At Singing And Performing?

This last point is going to be a little left-field but stay with me. There are several billion people in the world right now. You've seen thousands of performances or speeches in your life. There have been billions of people performing and speaking in the history of our world.

Does Stage Fright Go Away?

Like all anxieties, most of the time that you hear people defeating them, they have found themselves overpowering fear but not getting rid of it completely.

While some people say that they can sing on stage so many times that it no longer becomes a fear, most stage fright defeaters will tell you that the fear is still there, and they just figured out how to deal with it way more effectively. 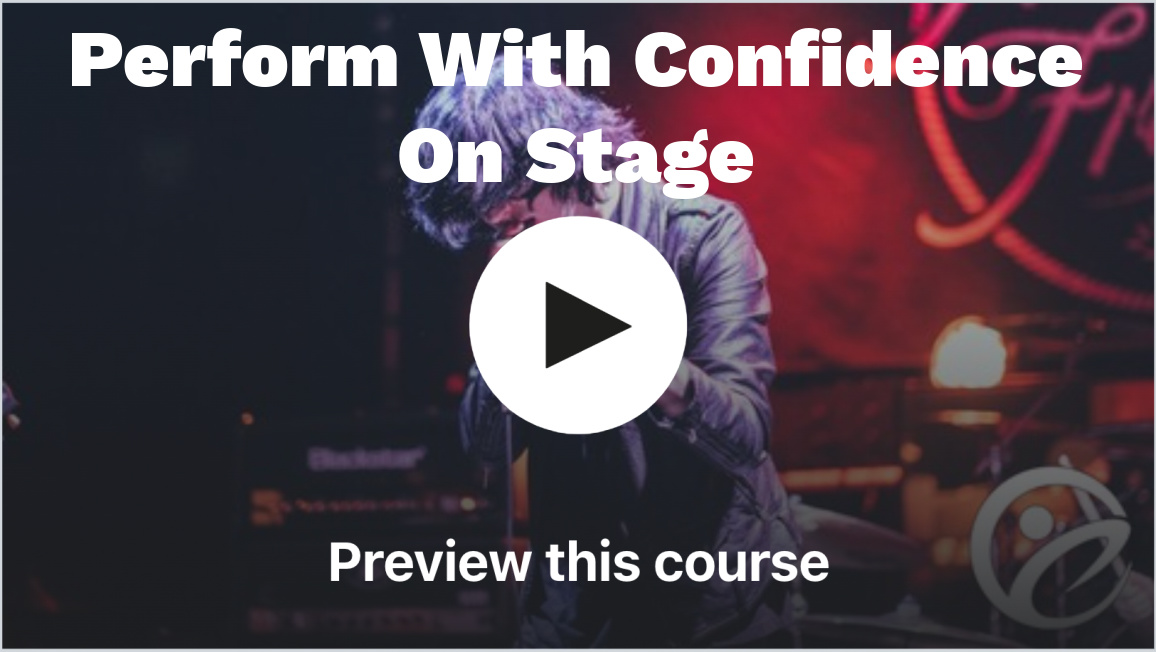